Should dams be removed from the Columbia River?  Native American culture is dependent on salmon.   The Native Americans miss the sight of their beloved river bare of dams.

There are other options for clean energy tnan just dams.  All these reasons lead me to believe that dams should be removed.

Native American culture is dependent on salmon.  On the Center for Columbia River History site a man named Leroy Seth, from the Nez Pierce tribe said, “We learn a lot of lessons

going to the ocean and observe them returning home.  We see them fulfill the circle of life, just as we must do.  If the salmon aren’t there, the circle becommes broken ans we

all suffer.”  Delbert Frank, Sr., from the Warm Spring tribe “Our religious leaders told us that if we don’t take ccare of the land, the water, the fish, the game, the roots and the

berries we will not be around here long.  We must have our salmon forever!‘   These quotes tell us that the salmon are very important to the native American’s religions.  The salmon

shortages are not all that are making the Native Americans upset about dams.

Many native Americans who live in the northwest miss the sight of their beloved Celilo Falls.  “Early March marks a sad anniversary in the history of the mid-Columbia River and its

upstream that, for thousands of years, had been one of the busiest–and morst sacred–fishing and trading sites in North America.  Observers later recalled Native American

tribes’crying and singing the religious songs that they sing at funerals'”, wrote Marty Hugley a reporter for Oregon Lives.  Also Yellow Wash and ITCF officer said that years ago the

bovernment wanted to bring back Celilo Falls for a day.  The chief of the tribes who went to the falls to fish refused.  They refused because the pain of losing Celilo was great, but they know that having

the Falls back for a day and then watch it be engulfed again would have a far greater pain.  These are not the only was that dams effect the rivers

There are more options for energy than just dams.  You could have solar panels.  The solar panels are better for the environment, they won’t hurt any animals in the ares.  Even on cloudy days

would still be electricity.  another could be lunar.  The lunar and solar panels are basically the same with one difference.  The sun is used for one and the moon the other.    They are much safer for energy

than the dams.   They could even be just flat out the way on your own roof top!  This shows that there are other solutions for the dams.

dependent on the salmon for teachings and food.   Native Americans miss the beautiful sight of Celilo Falls roaring toward the ocean.  Also there are more options to get Eco friendly power.

Rece is a classification of humans; in other words grouping.

2. Does race exist in a biological sense?

yes it does DNA, it shows parts of your family background (race).

3. If there was a racist in this room claiming that some races were genetically superior to others, what facts would you use to prove them wrong?

Race is a way that shows that everyone  is different on the out side. On the inside every one is basicallythe same; all of us have cells, organs, muscles, and a brain. Just little is the difference in our DNA, we have .01% the same DNA.

I think the driving question is too long also it is very confusing to me.  My opinion has not changed because i just found out what the driving question is. We have been talking about the holocaust in English9 by reading Maus a graphic novel about a Jewish man who went through the holocaust and in world history we have been learning about how Hitler was a racist and the evidence on how he was a racist, also about how other people gone through racism in the past. In Biology we learned how our genetics are passed down through generations and how our DNA is onl

Is survival of the “fittest” Becoming “wealthiest”

Lets say that a polar bear was born in Africaand a cheetah was born in the north pole, and they are both healthy. would ether one of them survive? Probably not, because a poler bear has a thick fur coat and do

esn’tneed to eat for a few days at a time, the cheetah has a thin coat and needs to eat at least once a day. After one meal th cheetah needs to rest because of the amount off energy it uses while running at top speed. The polar bear sleeps all winter. Now since both are healthy and they are not in a suitable environment they may not survive. So it may be just survival of the fittest to the environment that is.

and no where to go. Yet those homeless people are able to survive! Now some times wealthy people won’t be able to buy what they need to survive.

Many people say it is hard to reconcile science and religion. I am a Jehovah’s Witness and I don’t believe in perts of some of the scientific theories. For example evolution. To me evolution can sound kind of impossible if you look at the things that grows naturally around you that you didn’t make you can see something new to you. I believe that Jehovah created all things.

The evolutionary theory was not originally Charles Darwin’s theory it came about some time before he ws born. Charles was just credited with the theory because he built on the evidence of it. In evolution there is natural selection. I wrote about it “Natural Selection:  Survival of the “Fittest” or The “Wealthiest” 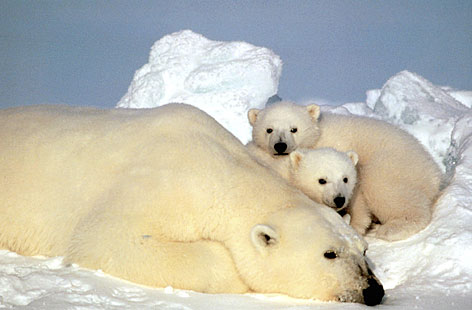 ironment.Lets say that a polarbear was born in Africa and a cheetah was born in the northpole, and they are both healthy. would ether one of them survive? Probably not, because a polerbear has a thick fur coat and doesn’t need to eat for a few days at a time, the cheetah has a thin coat and needs to eat at least once a day. After one meal th cheetah needs to rest because of the amount off energy it uses while running at top speed. The polerbear sleeps all whinter. Now since both are healthy and they are not in a suiteable enviornment they may not survive. So it may be just survival of the fittest to the enviornment that is.

I will make it clear that I do not believe in evolution, so I don’t think that it is  a part of human evolution, I think that it is  just a small person.There is people that are smaller that are here now but it is a disease, but there is not just one country with all it’s population as little people. Where People found the tiny fossils of a full grown person that was the same time that our”species” of human came about found in Indonesiathere was a whole clan of them. So I believe that all the people who where found that was short, are just different people who all looked alike that where just people that where short to fit their environment because in “evolution”history People where not able to make it across to the Indonesian Islands till later then the time the scientists suggest that our “species” made it to those islands.

Many people ask who determines who I become. There are many answers for everyone but for many people the reason for a major change is their parent divorce. It has never happened to me but I know people who know how it feels. Many people take that experience differently. My older brother did not his dad and our mom’s divorce that well at first. ‘His grades plummeted,’ my mom said. When our mom remarried to my dad he actually accepted it, he even wanted my dad to adopt him, but because he decided to go between parents, my dad would not adopt him. Now my older brother just got out of prison and is on probation in, Montana. Don’t think down on him he’s the best older brother I could ask for. My dad use to drink a lot. I was told by my mother that my dad almost went to prison for murder. He was drunk but after he woke up from being passed out. He saw blood all over but his cousin was the one who killed their cousin. After awhile my dad quit now stays home often. My dad is directing me from becoming a drunk like he was, and because of my brother I never want  to divorice.

My name is Sabrina. My family has many names for me, my dad calls me Beana and Princess, my mom and little brother call me Beana or Sabrina. My older brother calls me Binyah Binyah Polliwog like the character on Gullah Gullah Island that I used to watch when I was little.

At school I think I try to hard and stress myself for no real reason. Before I came here to white swan for school I went to an elementary shool in  Montana for kindergarten through 2nd grade. In the spring brake of 2nd grade I moved here and lived here ever since and actually I’m doing better in my classes then in 1st and 2nd grades that I lived in Montana. Now that I’ve gotten used to the people around me I don’t know if I’d want to move away from the valley. These are the things I think that makes me who I am.

Welcome to your brand new blog!

This is a sidebar and can be changed in Widgets in your dashboard.

You can also modify number of sidebars in theme options!